Video Production Tips for Your Next Marketing Video 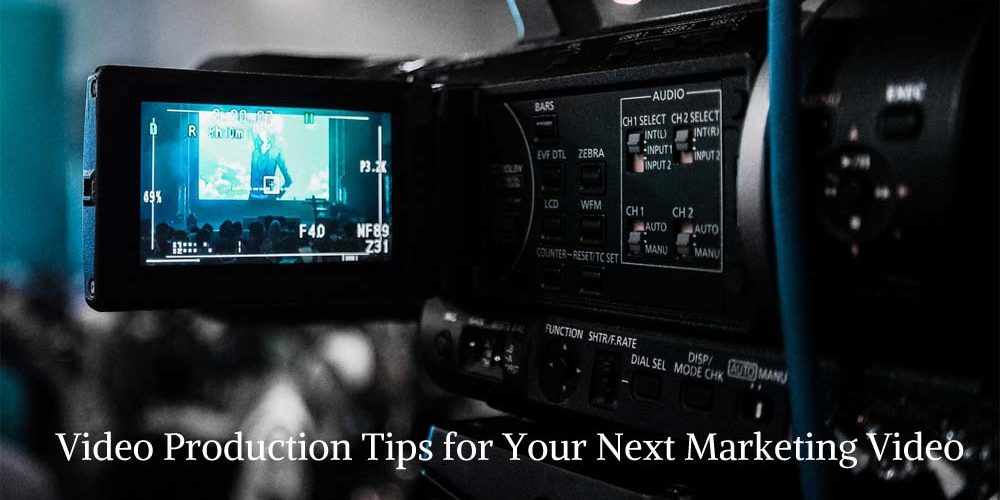 The valuable asset of inbound marketing content is video content. Moreover, in the last few years, the video content is represented nearly three-quarters of all internet traffic. The video is always judged by its content, production quality, presentation, and information so you should take care of all the things that are truly remarkable to maintain the attention of the audience and keep them engaged.

The most important thing is the shoot and it should be well prepared and fully organized, and then you can focus on the actors and efforts rather than figuring out the logistics at the last minute. You should know exactly what you want from the day when you start planning to make a video by following the steps below:

The concept of the video must be original and creative so you should not make a copy of someone else’s idea or follow the easiest route. Instead, do keyword research, write the best content as per industry, and must check another brand that hasn’t covered the same angle already.

The planning is mandatory before starting each project. It includes the following parts: Firstly, you need to write a script then draw out a storyboard, and after that create a shot list before you start shooting a video. The planning of b-roll shots is mandatory so you can give extra footage at the time for editing.

You need to set the high standard when casting the actors. Give preference to those actors who can deliver dialogues naturally, fastly memorize the lines, and did not feel shy in front of the camera.

Be cognizant of sound quality.

You should use microphones when shooting the interviews in the sitting position and boom setups for bigger shots. Moreover, if you are shooting a video in a Smartphone, then only use those microphones that properly fit into the phone’s headphone input.

If you don’t want your footage to be under or overexposed then set up lights in a proper way as well as eliminate the unwanted shadows. We only recommend the three-point lighting setup to illuminate video from various angles.

Choose a camera that easily locks the exposure so it stays in focus. The shots must be white-balanced to make it look natural as well as suitable for the video.

The structure, sound, and pacing of the video have a major impact on the effectiveness of the video as well as leaves an emotional effect on the viewers. Build the drama by arranging the shots as per storyboard and script.

The background sounds cover all ambient sounds as well as provide tone and emotion to the video that the words and images cannot explain properly. Before adding soundtracks, make sure that the song is not licensed, or else it can leave a negative impact on your video.

Optimize your video for the platform

Make strategies to share your videos on large platforms while editing your video because each platform has different specifications.

Facebook: The more than 85% of viewers watch the videos without turning on the volume, so you should add captions to make it understandable for the audience.